Beer is an alcoholic beverage, created by the fermentation of ingredients such as malt, barley and hops added in the end to create a rich, aromatic flavor and typical bitterness of beer. Throughout its history, beer has become an ever-obsolete and seemingly indispensable drink at every party.

There are many types of beer and lots of beer classifications on the market. For the majority of beer drinkers, they often classify beer into categories such as bottled beer, canned beer, draft beer, etc. For devotees who further research on the production process and beer quality they will usually classify beer into 2 types: industrial and craft beer. 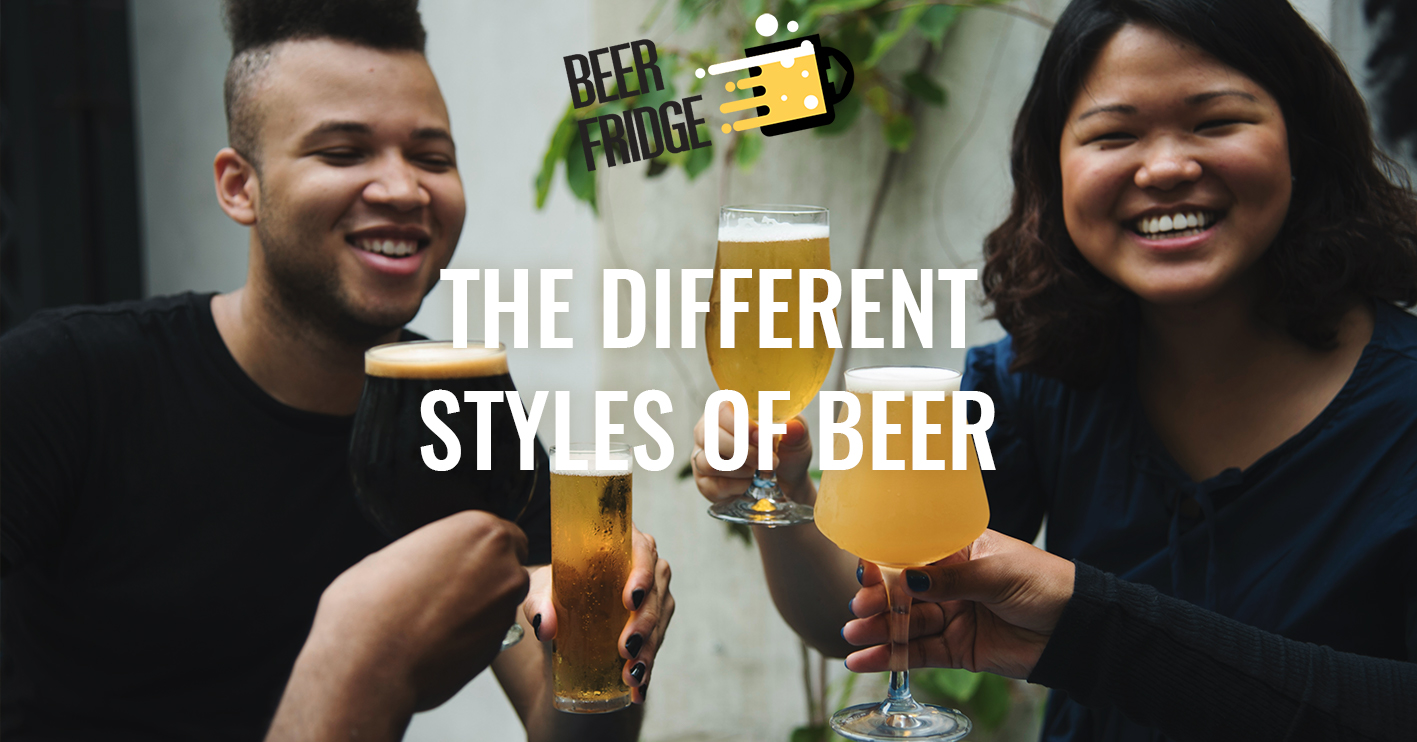 This type of beer is quite popular on the market, we can easily see the prominent brands in the production of industrial beer such as Tiger, Heineken, Saigon Beer, ... The characteristic of industrial beer is mass production on a large scale, it has a homogeneous flavor even hundreds or thousands batches of beer are produced. In the production process, after fermentation, beer will be heat treated and processed with preservatives in a skillful way to ensure profitability, the shelf life of this beer line can be over 1 year. However, because a relative amount of preservatives is used, the natural flavor of beer is greatly reduced.

Focusing on preserving the rich flavor of all pure, natural ingredients in the fermentation process is the characteristic of this beer line. The ingredients are cleverly selected for the natural fermentation of beer from hops, barley, malt blended with other flavors such as fruits, even some craft beer uses coffee, caramel and honey to enrich the taste of craft beer without using any extra preservatives.

Delicately and intricately brewed, this beer entertains and pleases a diverse range of alcoholic beverage enthusiasts, so it is categorized into two different large branches, Lager and Ale. Despite having many similar characteristics, these 2 branches have a unique flavor due to differences in yeast type, alcohol content, activation temperature, fermentation temperature, hops level,...

In the fermentation process, the type of yeast (Saccharomyces carlsbergensis) of this beer is distributed in the deep bottom, easy to settle and delaminate and develop well in a low alcohol environment. Lager uses the bottom-fermented method and it is characterized by 25°C - 30°C yeast activation temperature, low temperature fermentation 0°C - 10°C, so it takes more time to ferment. However, under the cold temperature, the flavor of hops will retain longer so there is no need to add too many ingredients and still create a special flavor. "Lager" is named after the German word "Lagern", meaning "to save".

An example of a lager is Fuzzy Logic's Craft Lager. It is brewed in the old word style. This craft lager is both homage to the ancient art of brewing but also a timeless classic. True to style, this lager presents classic ingredients & 100% malted barley.

Unlike Lager, Ale is fermented at temperatures higher than 10°C - 25°C, using Saccharomyces cerevisiae (floating yeast). When the fermentation process is finished, from the top of the beer (top-fermented), the enamel is spread evenly over the surface along with the beer foam, clustered in a chain to form a thick layer, the ability to settle down is poor, so it must be filtered careful, the transparency of the beer is also affected. In addition, Ale always has a higher alcohol content than Lager because the yeast in Ale can work well in this environment. Ale is divided into several small branches.

The light, easy to drink flavor is characteristic of this beer. Although in comparison with industrial beer, Pale Ale has a stronger flavor, in the craft beer chain, this beer is considered an "easy to drink" for people to enjoy. The color is usually lighter than other craft beers due to the limited amount of wheat and cereal, but it will be an easier drink option for those who love a light beer and moderate alcohol. The main raw material in the production of this beer is barley, harmonized with other materials from hops, vinegar and water.

An example of a Pale Ale is the East West Pale Ale. It provides a perfect balance of German malts with New Zealand and American hops. This delightfully crisp and handcrafted ale is the toast of Saigon.

IPA types are often mixed with many different types of hops, sometimes up to 100 types with tropical fruits, so IPA has all the flavors from bitter, sour to sweet, ... Although a lot of ingredients are blended in the making process, it has created a distinctive unique mark for this kind of beer. IPA is also distinguished by its mid-range alcohol content and extremely high IBU index due to the abundance of hops as the main raw material creating persistent, unforgettable sips of beer. 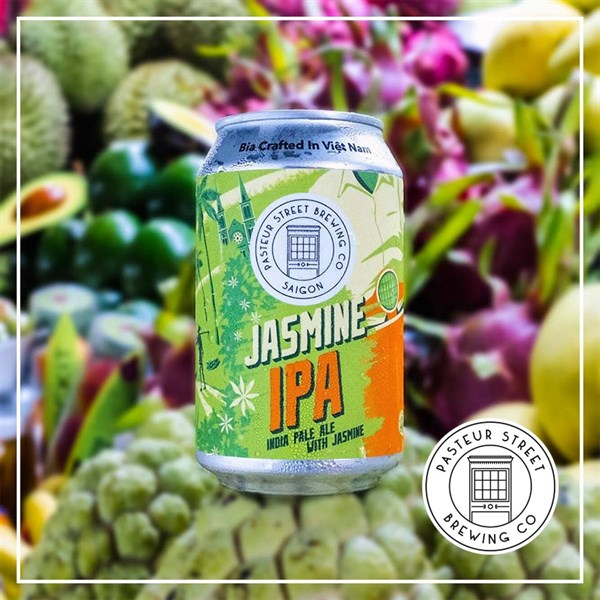 A perfect example of an IPA is Pasteur Street’s Jasmine IPA. It’s the best-selling IPA in Vietnam! This unfiltered IPA has 3 hop varietals, most notably Citra. Locally, dried jasmine flowers are added during the boil to imbue the brew with a wonderful aroma.

The two types of beer confuse many people because of their similarities. First is color, because of black hops as the main raw material for the production process, both Porter and Stout are mysterious and special black color. The next characteristic is that both use carefully roasted and slowly fermented barley to create a rich and unforgettable flavor.

With Porter alone, it is mixed with malt so it is lighter in color, but it is difficult for the naked eye to distinguish colors from Stout. At the same time, Porter brings the sweet aroma of delicate, carefully selected hops to suit, with an alcohol content of 4% - 7% to bring the most delicious flavor.

An example of a Porter style beer is the HEART OF DARKNESS Director’s Cacao Nib Porter. It’s a soft porter infused with Vietnamese cacao nibs. Dark brown, almost black in colour. Cocoa powder and dark chocolate on the nose. Flavour of rich, dark chocolate with a touch of tart, deep-red berries. Finishes long and smooth with a hint of roast.

Then you have Stout, which is a variant from Porter, born late but has an extremely unique flavor. Because of no malt ingredient, it is darker, more bitter and 7% - 8% higher in alcohol which creates a challenge for drinkers. Stout is divided into several categories, in which Dry Stout is quite popular to the community of Stout lovers. This beer has almost no sweetness because the sugar is completely eliminated when fermented. Dry Stout is also more crunchy and bitter than the regular Stout.

The FURBREW Celebration Stout is a great example of a Stout Style beer. It’s the charlatan of beers. A milkstout. Sweet, luring, and dangerous. Nice to drink with cake, ice cream or a BBQ.

With this article we hope to educate those who want to know more about beer. We always work closely with the brewers and are very passionate about everything we sell. At our shop we sell more than 100 different beers and we would be more than happy to introduce you to different ones. We hope to see you at Beer Fridge one day!

You can also order online. We deliver ice cold beer to your doorstep.